Fly into the Himalayas with Druk Air , Bhutan ’s National Carrier. The green wall of hills known as duars, or gateways, into Bhutan from the plains of India rise ever higher as the plane flies north towards the Tibet border. Silvery rivers rush along the valleys, waterfalls plunge down forested mountainsides, and to the north, the great snowcapped peaks of the inner Himalayas rise up to the heavens. Farm houses dot the hillsides on either side of the plane. As the aircraft enters the Paro valley, look down and you will see Paro Dzong on the hillside overlooking the Paro Chu (river), with Ta Dzong, formerly a watchtower and now the National Museum , above it. Your Bhutan Safari escort, who will be with you throughout your visit, will be waiting for you at Paro airport. After completion of airport formalities, you will drive through the lovely Paro valley to your hotel. Afternoon free for activities, or at leisure. Dinner and overnight at your hotel.

After breakfast in the hotel, drive to Drukgyel Dzong, a ruined fortress where Bhutanese warriors fought off Tibetan invaders centuries ago. The snowy dome of sacred Chomolhari, “mountain goddess” can be seen in all her glory from the approach road to the Dzong. Along the way, see the 7th century Kyichu Lhakhang, one of the 108 temples built in the Himalayas by the Tibetan king, Songtsen Gampo. The building of this temple marks the introduction of Buddhism in Bhutan . After lunch visit Ta Dzong, originally built as a watchtower, which now houses Bhutan ’s National Museum . The extensive collection includes antique thangkha paintings, textiles, weapons & armor, household objects and a rich assortment of natural and historic artifacts. Then walk down the trail to visit Rinpung Dzong (”fortress of the heap of jewels”), which has a long and fascinating history. Along the wooden galleries lining the inner courtyard are fine wall paintings illustrating Buddhist lore, such as the legend of the four friends, the old man of long life, the wheel of life, scenes from the life of Milarepa, Mount Sumeru and other cosmic mandalas. Finally, proceed to Thimphu, the capital town of Bhutan . The road runs down through the Paro valley, to Chuzom (Confluence) at the entrance to the valley, where the Paro and Thimphu rivers meet. Three chortens on the riverbank at this place, each in a different style, mark the confluence of the two rivers. Shortly before reaching Chuzom, you will see on your left Tachogang Lhakhang, “the temple of the excellent horse”. It is a private temple, built in the 15th century, as the result of visitation from Balaha, the excellent horse, a manifestation of Chenrezig, the compassionate Buddha. The road passes along a narrow valley with high, rocky cliffs on the left, then the valley opens out into farmland on the approach to Thimphu . Simtokha Dzong, “the place of profound tantric teaching”, stands sentinel on a hillock a few kilometers out of town. This dzong now houses the Institute for Language and Culture Studies. On arrival in Thimphu , check into the hotel. Free time in the early evening for a stroll around town before dinner.

After breakfast, sightseeing in Thimphu valley, including visits to the following: the National Library, housing an extensive collection of priceless Buddhist manuscripts; the National Institute of Traditional Medicine (outside only), where Bhutan’s famed traditional herbal medicines are compounded and dispensed; the Institute for Zorig Chusum (commonly known as the Painting School) where students undergo a 6-year training course in Bhutan’s 13 traditional arts and crafts. After lunch, visit Tashichhodzong, “the fortress of the glorious religion”. This is the center of government and religion, site of the monarch’s throne room and seat of the Je Khenpo or Chief Abbot. Built in 1641 by the political and religious unifier of Bhutan , Shabdrung Ngawang Namgyal, it was reconstructed in the 1960s in traditional Bhutanese manner, without nails or architectural plans. Also visit the National Memorial Chorten, continuously circumambulated by the faithful, murmuring mantras and spinning their prayer wheels. Construction of this landmark was the idea of Bhutan ’s third king, His Majesty Jigme Dorji Wangchuck (”the father of modern Bhutan “) who had wished to erect a monument to world peace and prosperity. Completed in 1974 after his untimely death, it serves both as a memorial to the Late King and as a monument to peace. Then, visit the government-run Handicrafts Emporium and local crafts shops, to browse through examples of Bhutan ’s fine traditional arts. Here you can buy hand-woven textiles, thangkha paintings, masks, ceramics, slate and wood carvings, jewelry, and other interesting items made from local materials. In the evening, drive to Paro. Dinner and overnight at the hotel in Paro.

After early breakfast at the hotel, drive to the airport for flight to your onward destination. Your Bhutan Safari escort will help you with exit formalities and then bid you farewell. 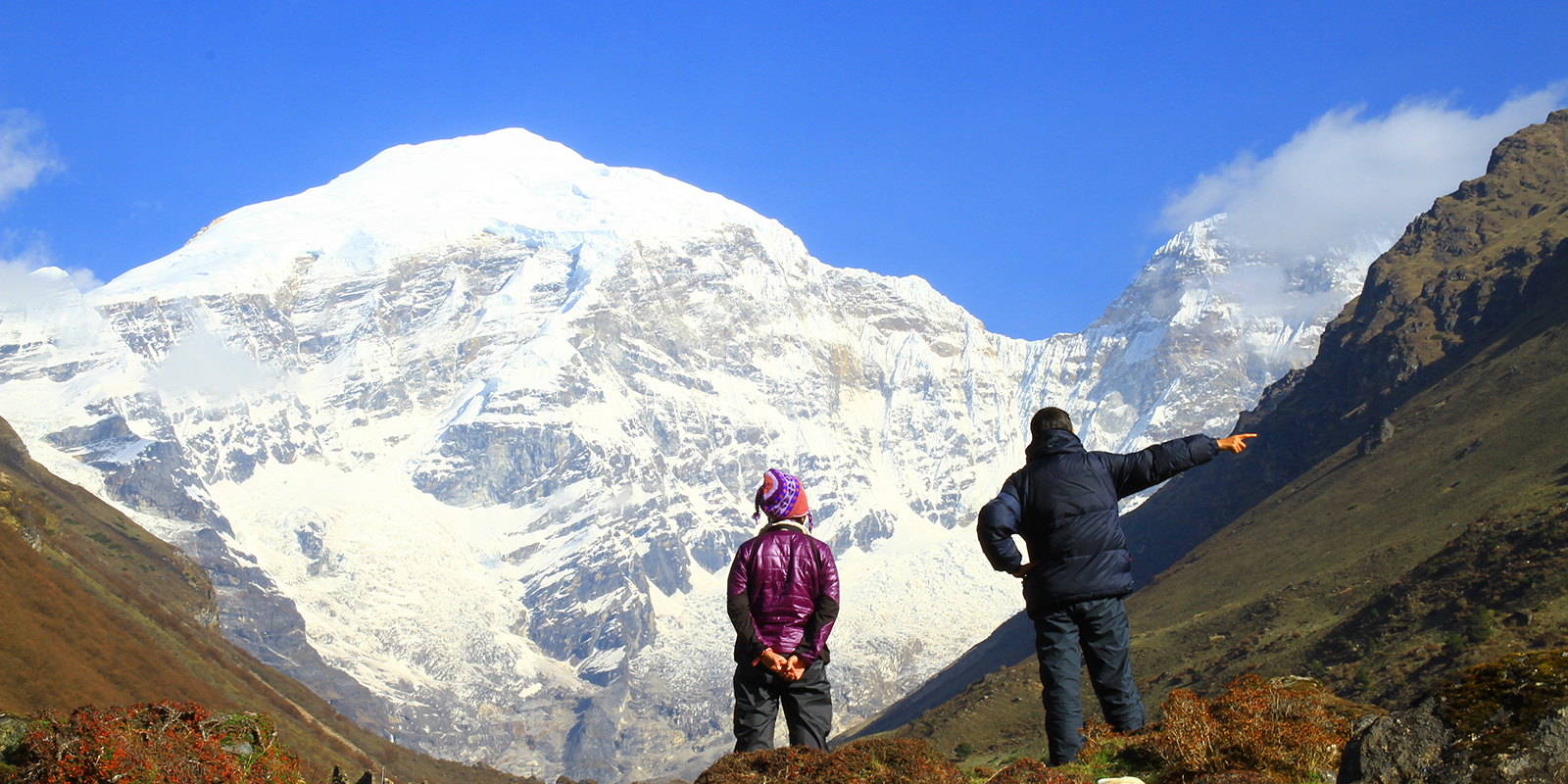 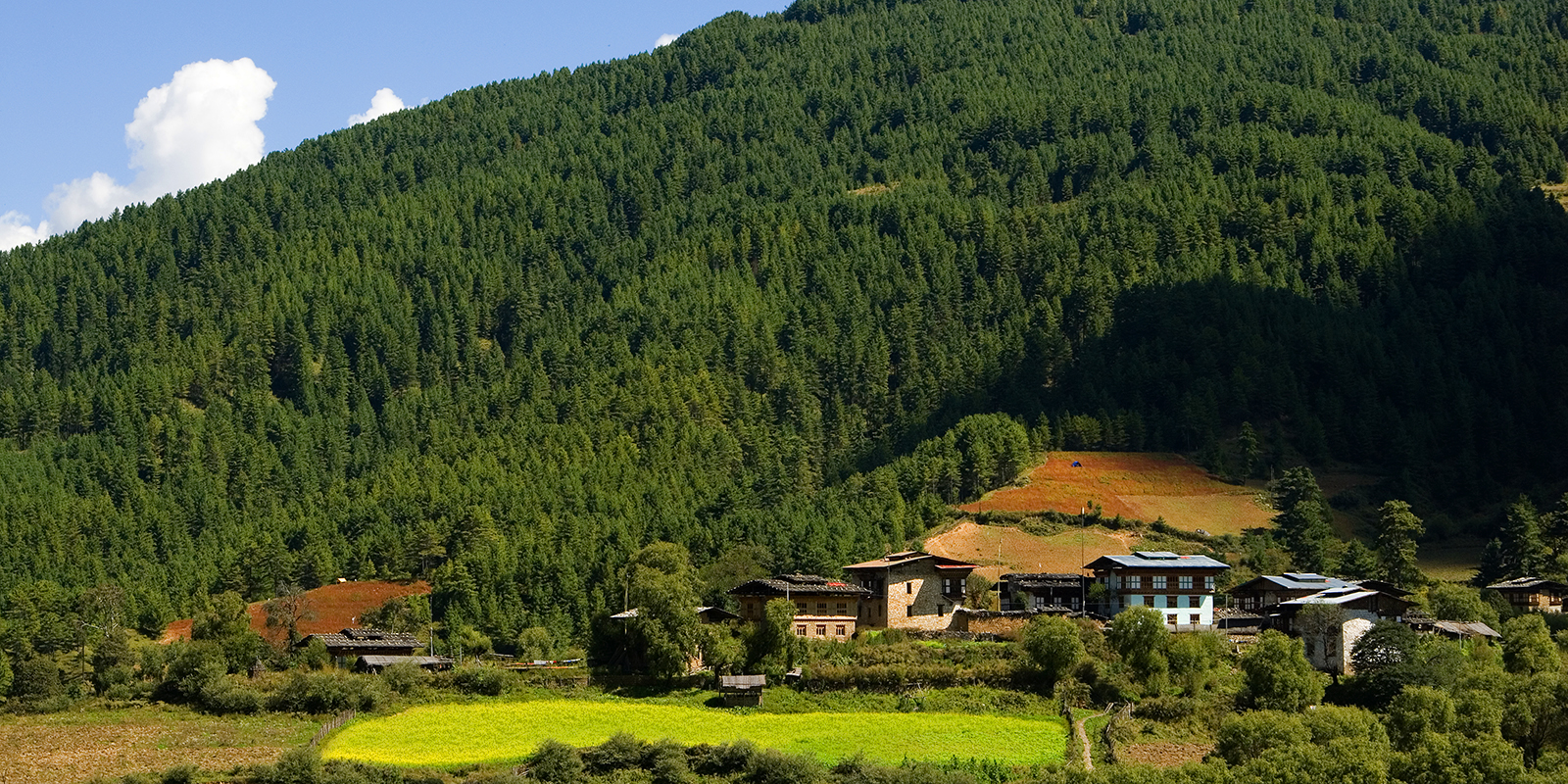 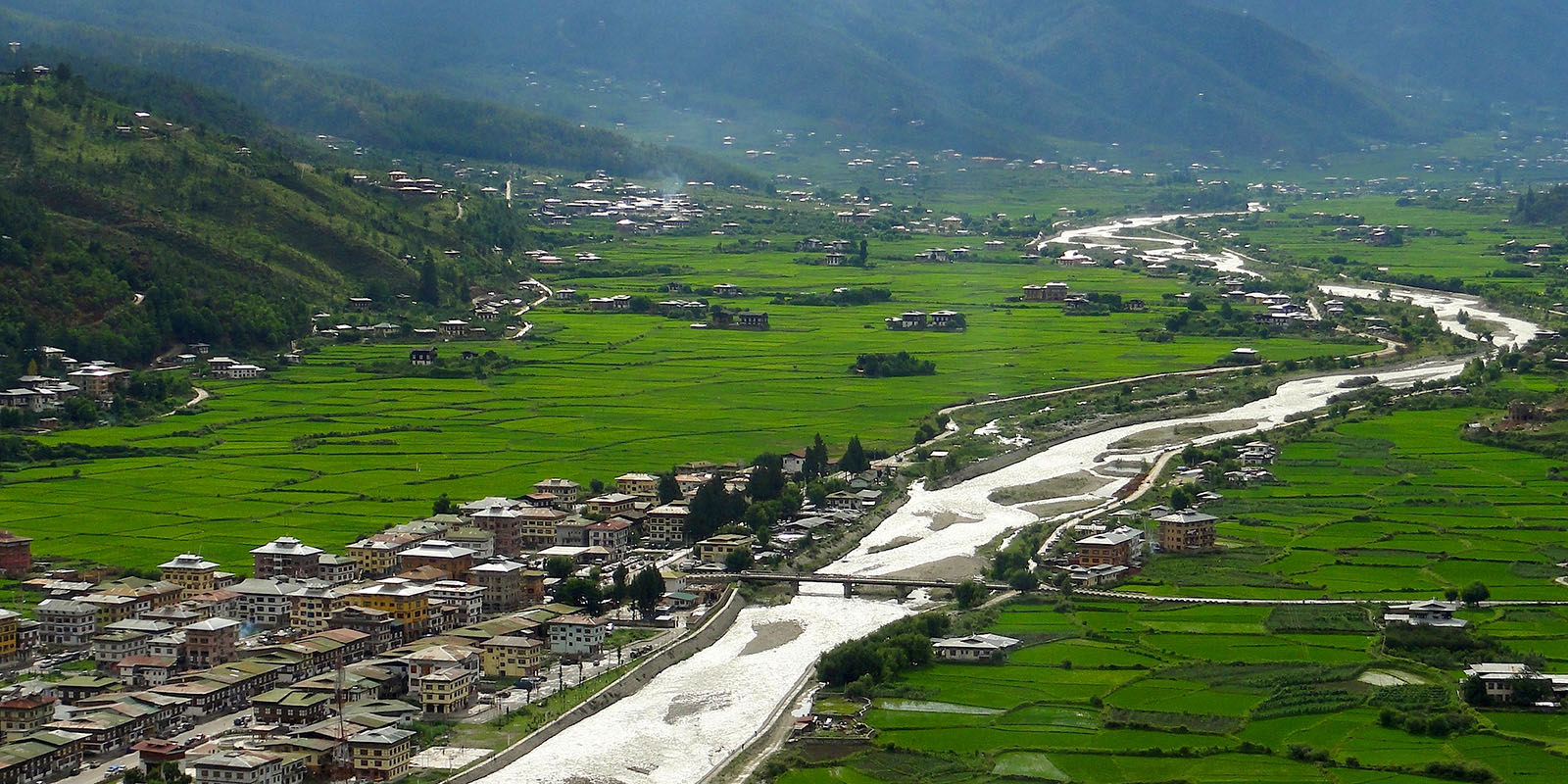